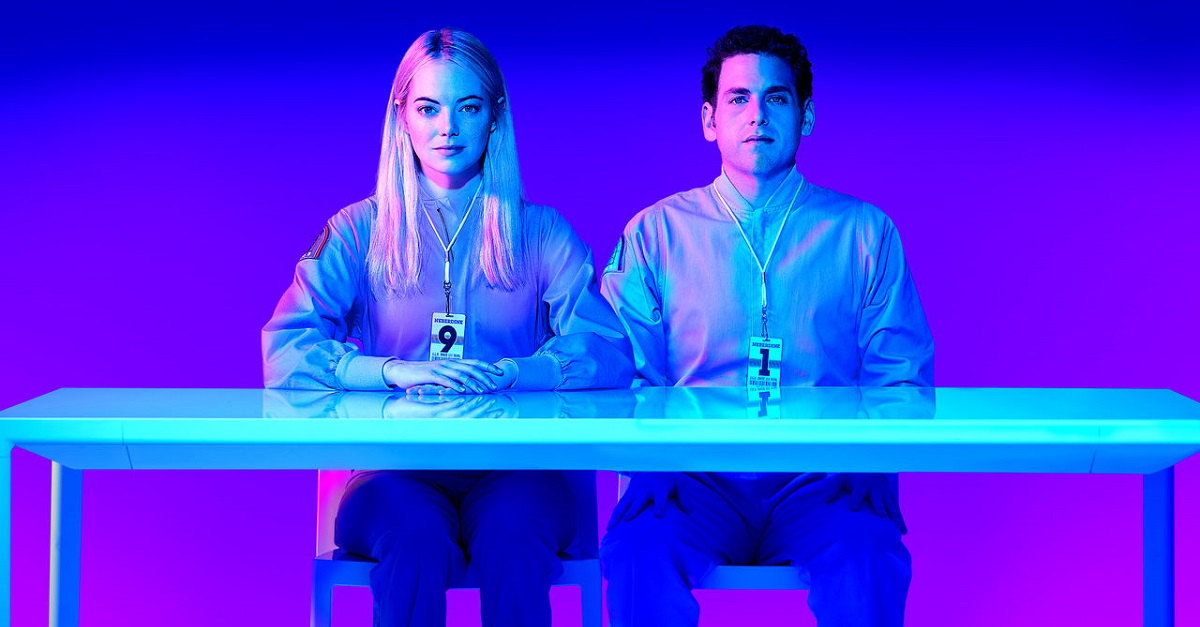 I remember when Netflix original ‘Maniac’ first aired, I was tempted to watch it but decided to add it to my list as I didn’t have the time or energy to watch it initially. The fact that Jonah Hill and Emma Stone feature in it was a big plus for me as they’re both amazing actors, and the picture Netflix used to display it kind of insinuated that it was a show that was deep and slightly trippy – hence I knew I’d need to wait a while to watch it.

I watched it a few weeks ago and I was completely in awe of it, it had been a while since I had watched something so deep and meaningful. I will admit I have watched a lot of lighter shows recently, so when I watched Maniac it hit me differently. It deals with difficult subjects like human connection, loss, depression, grief and mental illness in a really brilliant way and honestly as a viewing experience it will stay with me for a while.

What’s truly upsetting though is how underrated the show is, because we’re in an age where Black Mirror is popular, so surely a show like this should have done amazingly, but I don’t know anyone personally who has taken the time to watch it, and the reviews online are mixed, possibly because it is such a uniquely weird and wonderful show. I highly recommend it personally and I don’t want to give too much away, but give it a chance, take the time and honestly I think most people would enjoy it.

“Annie Landsberg and Owen Milgrim are two strangers who are drawn to the late stages of a mysterious pharmaceutical trial. Each has a different reason for participating in the experiment — she is disaffected and aimless, fixated on broken relationships with her mother and sister, while he has struggled throughout his life with a disputed diagnosis of schizophrenia. The radical treatment, using pills that the inventor claims can repair anything about the mind, draws Annie, Owen and 10 other subjects into a three-day drug trial that they’re told will permanently solve all of their problems, with no complications or side effects. Unfortunately, things don’t go as planned.”