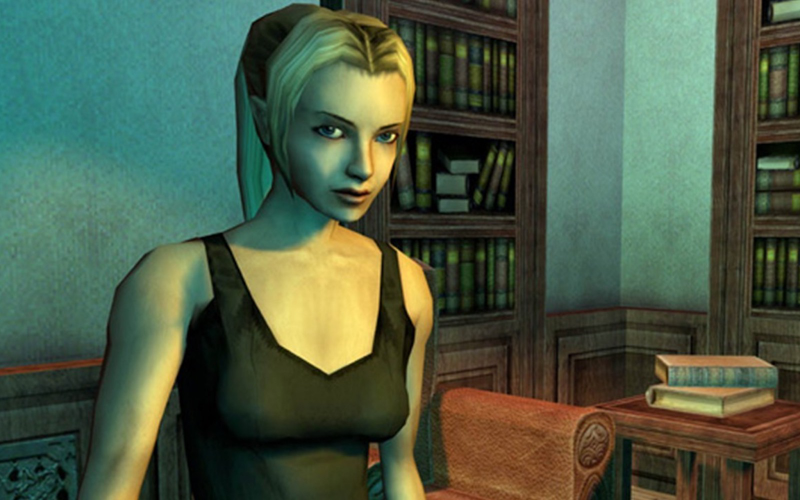 Eternal Darkness: Sanity’s Requiem is one of those cult classic games that you either played and obsessed over, or you somehow didn’t. Now in hindsight I know it wasn’t that popular, but this game has an extreme cult following for a reason. When the game came out me and my brother were clearly too young to play it, and in all honesty we had no business playing such a scary game but we will never forget or mourn the fact that it never got a season two.

For anyone who doesn’t know what the game is, it’s a Nintendo Gamecube exclusive horror in which the characters you play go insane along the way. Yes, you read that right, they actually go insane, you see crazy visuals, sink into the walls, get decapitated – and it’s all in their heads. As I’m not the best at any synopsis, especially as I spoil things without known, I found a brilliant article that has explains it brilliantly:

“The game centers on the Roivas family and its ties to an ancient book called The Tome of Eternal Darkness. Behind the scenes, an evil force called the ancients has been scheming to harness the power of the book and overtake the world. One by one, each generation of the Roivas family comes into contact with the book, and the game chronicles the stories of them all. There are 12 different playable characters in the game, and their adventures all take place during distinct time periods.”

It must be a mix of the game being truly scary and the fact that it takes unique turns based on each character, but everyone who played this game actually loved it. I may blame this game for creating a fear of the horror genre and a little bit of trauma, but then I really shouldn’t have played it as a 9 year old, and I still sing the praises of this game. It was ahead of its time, and if you can get passed the graphics I honestly recommend everyone who hasn’t played it to attempt it.

There are things called bone thieves which literally steal the body of any normal person, when you play your character bone thieves present themselves as maids who attack you, and then they literally rip open to reveal a grotesque monster. Which doesn’t seem that terrifying but every character you play is an ordinary person, so they’re not super strong or build to defeat these monsters, you have a limited amount of weapons and magical ability depending on your character – so sometimes you end up running around like a headless chicken hoping you’ll tire them out, which doesn’t happen.

One moment in the game that still gets me to this day is playing a character in a World War I camp, the power goes out and you’re chased by all the nurses and wounded who are bone thieves and I didn’t have a lot of bullets in my gun, so I spent a lot of time running and looking for ammo whilst trying not to die.

The game also has brilliant voice actors which just adds to the plot and there’s some really unforgettable montages because of this.

TLDR – Play this game if you haven’t played it, if you have, join me in crying for the lack of a sequel.