I’m going to try to not offend anyone but honestly I can’t make any promises because this is personal and based on my actual experiences. It’s also something I don’t feel the most comfortable writing about, but sometimes the truth needs to be spilled and this is something that everyone kind of forgets about.

So sometimes I actually make the effort and socialise or interact and go to events and a lot of the times it’s wonderful, insightful and I learn a lot. I’ve been to a lot of events surrounding Black activism, feminism, South Asian excellence and I enjoy these spaces a lot. Even as an outsider I do genuinely feel like everyone can benefit from learning and watching other cultures celebrate their amazingness. This post is going to focus on my experience around pro-Black spaces because honey it’s a lot.

So incase you didn’t know I’m Somali, which means I’m east African and therefore Black – the thing is a lot of people won’t really see me as Black as there’s this weird exclusion of Somalis when it comes to the notion of Blackness.

I’ve written a post about this but I grew up hearing this phrase a lot:

Now this is something that still gets thrown around and honestly it’s ridiculous in every single way, but the thing is people still feel it and therefore Other us a lot. I’m not even sure why, I can make a few guesses though since Black identity as a whole tends to refer a lot to West Africans, Afro Caribbean and anyone who looks the part, whereas Somali’s tend to look different, our culture is different and our religion is ultimately different, which leads to a lot of exclusion in these spaces.

I’m sure there’s more to it than this, but as someone who feels excluded I can’t really answer it. I’m also genuinely too afraid to ask the question as the response could lead to a level of ignorance that would make me either angry, uncomfortable, sad or all of the above.

I’m not even sure if people intentionally are aware of the exclusion or if it’s all subconscious bias taking place. People’s ideas of Blackness still have a long way to go, even in activist spaces as there needs to be a general expansion of thought considering that Africa is huge and not every culture looks the same. You can’t sprout pro African ideals and then only cater to a specific section of the continent.

I’m still open to going to these activist spaces purely because I do enjoy them and learn a lot, but do I feel at ‘one with everyone’? – fuck no. I’m aware of my distance from it all and honestly I could try to break through and do more but this requires a level of effort that I’m not always comfortable bringing. 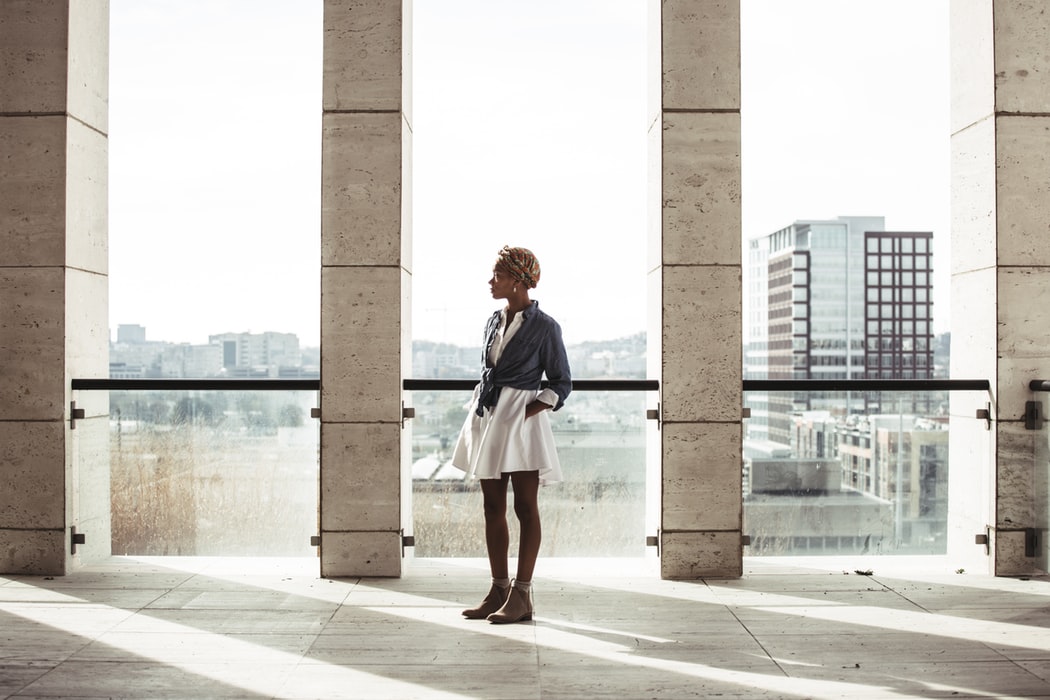 I don’t know about you, but as a POC I find navigating white spaces have their own struggles that aren’t written about a lot. We see the fun sketches which sort of make it into a joke, but the fact that most people from ethnic backgrounds watch them and relate to them really does say something. Naturally this is inspired by lived experiences as it happens a lot and honestly it’s weird and funny.

Not knowing what to do when white banter happens

If you’re white you might not know what this means, but white banter is a special kind of humour than many people of colour just don’t find funny. Sometimes it’s difficult to pretend it’s funny and I have had many experiences online and IRL of just not knowing how to react. One thing I would say is learn how to have a good fake laugh, because if you’re like me and haven’t got one you’re just left looking very confused.

Whether it’s about skiing trips or people refusing to take the bus, there’s a lot of conversations that happens out in the open that are seeped in privilege, and a lot of POC either can’t relate or can’t add anything to them because we’d just bring down the conversation with our lack of privilege. Then they do the thing that they do when they’re awkward about learning how the other side lives – it’s similar to the look they give when any discussion about anything controversial happens.

Being the only person of colour in the room

This is a weird experience in itself and here’s a few reasons why:

Honestly it’s just uncomfortable and it really teaches you about the sheer lack of diversity in a lot of spaces.

When you make the mistake of mentioning anything racial

So I just mentioned the weird look, this happens a lot if we talk about anything. It doesn’t even have to be racism, it can be about your home country or even a little joke about seasoning – they’ll get weird, shut down the conversation and really just make you feel like you lowered the tone.

Thinking they can touch your curly/textured hair

I’ve mentioned this before, but I have to mention it again. I don’t know why but these people love to touch hair that’s different to theirs, and they don’t even ask about it. I remember the first time it happened to me and honestly I was shocked, scared and violated – I am also a person who doesn’t like to be touched so that might explain why i felt scared. Honestly, don’t let this shit slide, tell them to keep their hands to themselves!

When they call something racial ‘exotic’…

How do you react to this shit? Because not only is it mildly racist but it’s also very confusing. A lot of the time this is said, it’s said with a lot of confidence and no regrets so it’s hard to call them out because they have a funny way of making you look like an overly sensitive villain.

I could write so many other points about this but I’ll stop here because it’ll just turn into a targeted campaign against specific people but honestly navigating predominantly white spaces is a weird experience. At the age of 25 I still haven’t figured out how to do this efficiently because I can’t assimilate for the life of me – please send help.